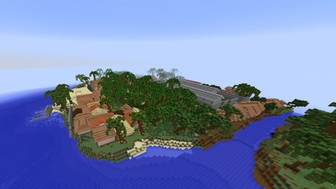 "Invention is not enough."

That's the message from Canada's government, which is hoping to change that with the creation of a $1 billion Canadian Innovation and Investment Agency that it says will help businesses grow and create jobs, the Guardian reports.

According to the country's 2022 budget, Canada's business R&D spending is the lowest in the G7 (the US, UK, Japan, Germany, Italy, and Canada), and it's fallen by a third over the past 20 years.

"Canadians and Canadian companies need to take their new ideas and new technologies and turn them into new products, services, and growing businesses," the budget states.

The new agency, which will be modeled on innovation agencies in Israel and Finland, will be "operationally independent" but will still be "accountable" to the government, a Department of Finance spokesperson tells the Guardian.

The budget states the agency will help small and medium-sized Canadian businesses that lack the funds to bring new products to market.

The budget also states the government will consider adopting a "patent box" tax system, in which patents will be taxed at a lower rate than in the US and EU, the CBC reports.
Read the Entire Article