Two Years On, Foundations Stand By Issuing Bonds In Pandemic 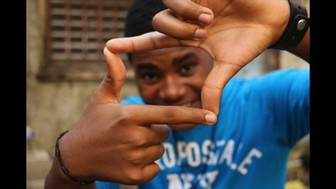 When the Ford Foundation took the unprecedented step in June 2020 of issuing $1 billion in debt to help stabilize other nonprofits, it delighted investors and inspired several other large foundations to follow suit.

Two years later, the foundations all stand by their decisions to take on long term debt, allowing several to essentially double the amount of their grantmaking, the AP reports.

But they also caution they are unlikely to repeat the move any time soon.

The unusual move allowed them to increase their donations and take advantage of favorable market conditions, instead of dipping into their endowments.

As of June this year, the Ford Foundation has spent more than 90% of the funds it raised in its only bond offering, with 70% of the grants so far going to organizations led by people of color and 87% going to general support, meaning the funds could be spent any way the organizations wanted.

"It just let us put on steroids something that we wanted to do anyway," says Hilary Pennington, an executive vice president of the Ford Foundation.

The Steele Foundation for Hope has poured $25 million into a Massachusetts-based tech company that hopes to revolutionize the way community health workers around the world do their jobs. Dimagi, a...more

The billionaire grandson of Walmart founder Sam Walton has announced a major shift in how his family's $1 billion endowment will be spent. Lukas Walton, 36, says 90% of the endowment will be...more

"To solve groundwater problems, we need groundwater solutions," Kim Addie and Katrina Mitchell write in an op-ed for the Atlanta Journal-Constitution. That's the message they're trying to convey...more

Operating Archetypes is a new resource created by Rockefeller Philanthropy Advisors to help philanthropies and other donors better understand their distinct position in the philanthropy ecosystem....more

There's a growing trend of investors looking to make a positive social or environmental impact with their money, and Fidelity Investments is one of the biggest players in the area. The...more

When it comes to "greenwashing" - the practice of companies claiming they're making a positive social or environmental impact when, in fact, that's not the case - investing in green is a tough...more

When Boston-based Arctaris Impact Investors first committed $50 million to downtown Erie, Pa., in 2016, it promised to invest another $10 million in "designated low-income areas." What it didn't...more

Northants Social Enterprises Are 'stronger Together'

"Social enterprises are truly unique in that we exist to fulfill a social or environmental purpose and all our profits are ploughed back into achieving that," says Alison Holland, founder of...more

For decades, impact investing, or the strategy of investing assets in an ethical or socially minded way, sat at the fringe of the financial and philanthropic world. The practice has been tied to...more

Two Years On Foundations Stand By Issuing Bonds In Pandemic