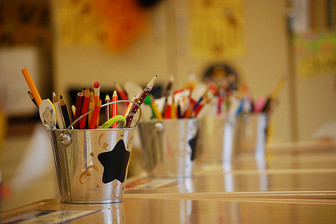 A New Zealand primary school is so low on cash it's setting up an endowment fund to make up for it.

Stuff.co.nz reports on the plight of Clifton Terrace School, which is in the suburb of Atawhai and is among the country's so-called "high decile" schools.

Principal Rob Wemyss says the school lost about $45,000 in government funding this year because it couldn't opt into the government's donation scheme, which provides about $150 per student per year.

"It was unfair to keep asking parents in some schools to put their hands in their pockets."

The school, which has around 300 students, received about $8,000 in donations from parents this year.

The endowment fund will be managed by the Top of the South Community Foundation, and money donated or raised by the school will go into the fund each year. Read the Entire Article


How's Your Community Doing?
Check Out it's
Community Vital Signs
The Age Of Adoption: Bold Actions For A Net-zero Future

"We have arrived at a new age in climate history, and it is not a moment too soon," writes Matthew Yglesias at Vox. He's referring to what he calls the "Age of Adoption," a time he says has...more

There's a 10,000-mile gap between the US and the Philippines when it comes to health careand it's about to be filled by a US venture fund. GMA Ventures, a wholly-owned investment arm of the...more

A Portuguese crowdfunding site that connects investors with social and environmental impact projects has raised more than $1 million in its latest round of funding. Goparity, which has more than...more

The World Economic Forum held its annual meeting in Davos, Switzerland, this week, and Oxfam released a report on the state of the world's richest people. Here's what you need to know: The...more

Some 23 million children missed out on vaccinations in 2020, the highest number since 2009and 3.7 million more than in 2019. That's why the Coca-Cola Foundation and Project Last Mile are teaming...more

In the UK, entrepreneurs from underrepresented groups are often shut out of investment opportunitiesuntil now. That's about to change. Big Issue Invest, the University of Edinburgh's Social...more

Impact Investment Market Outlook For 2023 And Beyond

Environmental, social, and governance (ESG) issues have long been considered the No. 1 concern when it comes to potential investment opportunities, but a new report from the Global Impact Investment...more

The Mounting Cost Of Anti-ESG Movements

A new study finds that states boycotting certain companies over environmental, social, and governance (ESG) concerns could cost them as much as $708 million a year in extra borrowing costs. The...more

When it comes to environmental, social, and governance (ESG) metrics, some say they're the most important factor when investing. Others, however, say they're just as important if not more...more

Climate Change Report: What it Means for Impact Investing

The United Nations Intergovernmental Panel on Climate Change (IPCC) published the first of three volumes of its fifth Assessment Report (AR5). The findings of the report show that mainstream businesses have become greener, with an emphasis on reducing carbon emissions which are the key sectors for impact investment.