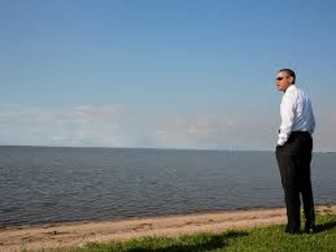 "Invention is not enough."

That's the message from Canada's government, which is hoping to change that with the creation of a $1 billion Canadian Innovation and Investment Agency that it says will help businesses grow and create jobs, the Guardian reports.

According to the country's 2022 budget, Canada's business R&D spending is the lowest in the G7 (the US, UK, Japan, Germany, Italy, and Canada), and it's fallen by a third over the past 20 years.

"Canadians and Canadian companies need to take their new ideas and new technologies and turn them into new products, services, and growing businesses," the budget states.

The new agency, which will be modeled on innovation agencies in Israel and Finland, will be "operationally independent" but will still be "accountable" to the government, a Department of Finance spokesperson tells the Guardian.

The budget states the agency will help small and medium-sized Canadian businesses that lack the funds to bring new products to market.

The budget also states the government will consider adopting a "patent box" tax system, in which patents will be taxed at a lower rate than in the US and EU, the CBC reports.
Read the Entire Article

"We anticipate this effort will propel our startups toward success at an even faster rate." So says Saraubh Biswas, director of Texas A&M's Office of Commercialization and Entrepreneurship, in...more

How Web3 Could Democratize Donations

If you're looking to make a positive social and environmental impact on the planet, there's a growing number of ways you can do so with your money. One of the fastest-growing areas of investment...more

There's a new player in the world of impact investing, and it's a London-based firm called Big Society Capital. The idea is to invest in projects that have a positive impact on the world and get a...more

How Cities Are Creating The Conditions For Urban Innovation

A Creative Journey of Understanding from a Social Entrepreneur

Russell James, a famed fashion photographer, started Nomad Two Worlds (N2W), an idea that stemmed from Russellâs Australian roots where he witnessed the culture clash between the Indigenous and non-Indigenous people in Australia.